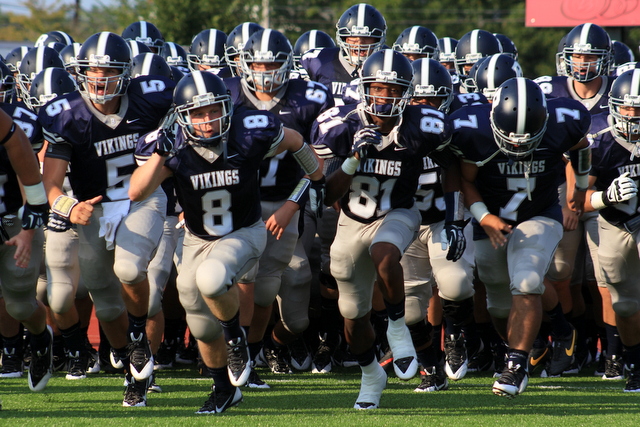 ROME, Ga. — Life, one could readily argue, is a series of lessons. It is about developing the skills to respond to circumstances as they arrive.

The same, it seems, could readily be said of football. Especially for the members of a first-year squad.

For Berry (1-8), the lesson thus far in their inaugural season has been one of perseverance. The road through eight games has been difficult, to be certain, but standing strong when the times are tough, it turns out, is a good life lesson.

“There’s been a lot of encouragement all over campus and all over the Berry community,” Berry Coach Tony Kunczewski said after last week’s game, a 42-0 loss to Birmingham-Southern. “The one thing that everybody says is that when times are tough, it’s easy to start throwing helmets, getting personal fouls or starting to hang your head. And, I don’t think we’ve been doing a lot of that stuff.

“Again, I know I sound like a broken record, but to me that’s going to pay off in the long run — not just with football, but that’s with life in general,” Kunczewski said. “When you get knocked down, what are you going to do? Are you going to stay down or get back up? That’s a continual process.”

Kunczewski knows his squad has shown signs of improvement with each game they have played this year. That, not wins and losses, is the primary goal of the first season, he has said repeatedly.

While the complete results cannot be measured for some time, there is no sugar-coating the results this season. Shutout losses to Birmingham-Southern (5-3), Maryville (7-1) and Mercer (8-1), a Division I Football Championship Subdivision school, could readily deflate most squads, but the coach regularly praises the positive attitude his team has maintained throughout the season.

The Vikings’ sole win this season came against a junior varsity squad, a game the NCAA does not even recognize even though freshmen made up the majority of both teams’ rosters. If that is an apt measure of seasons to come, Vikings fans are in for some exciting football in Rome.

In the here and now, it is about focusing on the positives and learning from mistakes.

“You’ve got to take the positives away from what happened out here today because there’s always positives,” Kunczewski said after the Birmingham-Southern game. “It’s easy for negativity to creep in, and that’s our biggest jobs as coaches is to not focus on what the scoreboard says, but to focus on what did we do right.”

Added the coach: “We’ve got to learn and improve on the mistakes that we made.  But, we did a lot of things right, too. And that’s what you focus on.”

Mike Barthelemy ran for 120 yards and five touchdowns as Millsaps (8-0) defeated Berry by a 38-3 margin. Millsaps exploded for 28 points in the second quarter behind four Barthelemy touchdowns to take a 35-0 lead into half time.

Berry scored its only points on a 30-yard field goal from Campbell Harrison with 8:33 to play in the fourth quarter.

Up Next: Sewanee Comes to Town

Sewanee comes to town with a three-game losing streak. The Tigers (2-6) opened the season with a 10-7 win against DePauw (3-5) before dropping their next three contests.

Sewanee picked up their only other win this season on Oct. 5 with a 31-28 win over Birmingham-Southern.