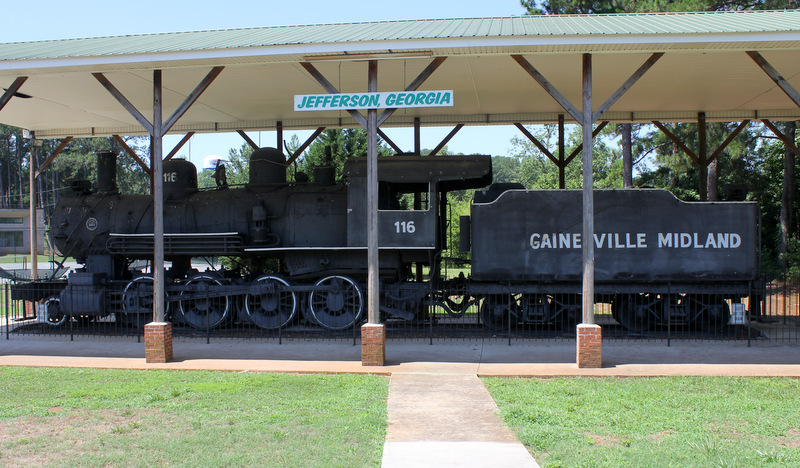 ATHENS, Ga. — The Classic City is best known as the home of the University of Georgia, but it is also some to some great railfanning.

A major rail line passes through the city, and there are a handful of historic depots worth exploring. The good news: all located within a 30 mile or so drive in any given direction.

The next time you’re “heading down the Atlanta Highway” toward Winder — yes, the same one referenced in the B-52s song — the road parallels the heavily-used CSX main line. Stop in the charming town of Statham for some close up vantage points of freight trains and when the action slows down, stop by the circa 1912 train depot for some antiquing.

Continue west along Atlanta Highway to Winder, where the 1910 Seaboard Air Line train depot today serves as the Barrow County Chamber of Commerce headquarters. Next to the depot, which is on Porter Street, is Gainesville Midland No. 208.

The 1930 steam locomotive — known as a decapod because of its wheel configuration — was donated to the city of Winder in 1959. The steamer’s sister decapod — No. 209 — is on display in downtown Gainesville and a cousin, Gainesville Midland No. 116, a retired steamer with a slightly different wheel configuration is on display outside of Jefferson High School in nearby Jefferson.

Once back in Athens, head over to Hoyt Street and visit the 1909 Southern Railway passenger depot that is today home to the Athens Community Council on Aging. Next, take Georgia Highway 72 toward the tiny town of Hull. Like Atlanta Highway, this thoroughfare also parallels CSX’s main line. There are plenty of places to stop and watch some train action.

For anyone interested in boarding a train without jumping into the next open boxcar, there are options.

Amtrak passes through Gainesville and Toccoa twice a day — once northbound and once southbound. A little farther away, in Duluth, the Southeastern Railway Museum is home to dozens of old railcars, and railfans of all ages can hop on board a train.