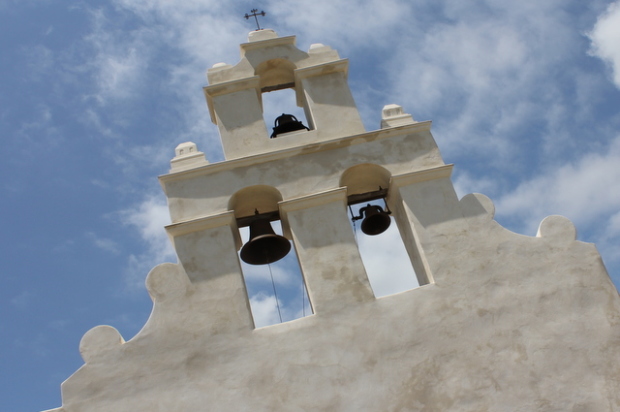 The San Antonio missions recently named as UNESCO World Heritage Sites are some of the most important examples of colonial Spanish architecture in the United States.

Franciscan missionaries built the missions as self-sufficient communities. The settlements operated into the 18th century and hold church services to this day, and missionaries there converted natives to Christianity and taught them the Spanish way of life.

The complexes feature stunning architecture that has stood the test of time and offer an incredible window into some of the earliest European settlements in Texas. The oldest of the missions, Mission San Francisco de la Espada, was established in 1690.

The complexes, UNESCO said, “illustrate the Spanish Crown’s efforts to colonize, evangelize and defend the northern frontier of New Spain. The San Antonio Missions are also an example of the interweaving of Spanish and Coahuiltecan cultures, illustrated by a variety of features, including the decorative elements of churches, which combine Catholic symbols with indigenous designs inspired by nature.”

Their impact on the landscape played a role in the creation of modern day San Antonio. Anyone interested in the history of Texas, the Southwest or the country, for that matter, would be remiss for not seeing these incredible historic edifices.

The missions join some of the most recognizable symbols in the world, such as Stonehenge in England and the Great Wall of China as World Heritage Sites. Other sites in the United States include Liberty Hall in Philadelphia, the Grand Canyon National Park in Arizona and the Statue of Liberty in New York (or New Jersey, for all Garden State residents reading this).

During that battle, more than 180 Texans — or Texians — repelled an attack by Mexican President General Antonio López de Santa Anna. Though they were ultimately defeated and killed, the former mission — often called the “Shrine of Texas Liberty” — remains a point of pride for Texans and also for Americans as a whole.

“Our missions have value for the whole world. We certainly believe that,” Father David Garcia, director of Old Spanish Missions, Inc. of the Archdiocese of San Antonio, said in a news release. “…Being a World Heritage site is big; it is more than just the missions, this is something for the city.”