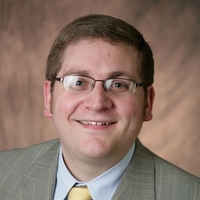 He focuses on corporate communications, media relations and issues management for a variety of clients.

His client work includes managing media relations, which has enabled Todd to develop close relationships with reporters and editors throughout the Southeast. He has developed and managed messaging for clients on a range of issues.

Before transitioning to public relations, Todd was a reporter for newspapers in Georgia and Tennessee. During his tenure, he covered politics, local government, business and education. He garnered numerous awards for his journalism, including “Story of the Year” from the Georgia Associated Press for his coverage of the Department of Defense’s Base Realignment and Closure process. He continues his journalistic endeavors as a blogger, travel writer and a hobby photographer.

DeFeo is a graduate of Denison University in Granville, Ohio, where he earned a Bachelor of Arts, majoring in History. His senior research project – titled “The Impact of Song on the Civil War” – examined how song told the events of the Civil War through the eyes of the men who fought the battles.

He also holds a Ducktorate Degree from Disney University. He is an active member of the Atlanta Press Club where he regularly helps organize debates for candidates for public office.